LEAD Group President Elizabeth O’Brien was delighted to hand out 29 of the 44 prizes in the 2014 Volcano Art Prize yesterday at the Award Ceremony at Hampden Park Public School in Lakemba in Sydney’s west. It was the only Australian event to mark the World Health Organisation’s 2nd International Lead Poisoning Awareness Week of Action – a week instigated by Elizabeth O’Brien. See Elizabeth’s President’s Report to read of the Group’s achievements in FY 2014 and check out the beautiful artworks from art teacher Alice Ju and the students at Hampden Park. 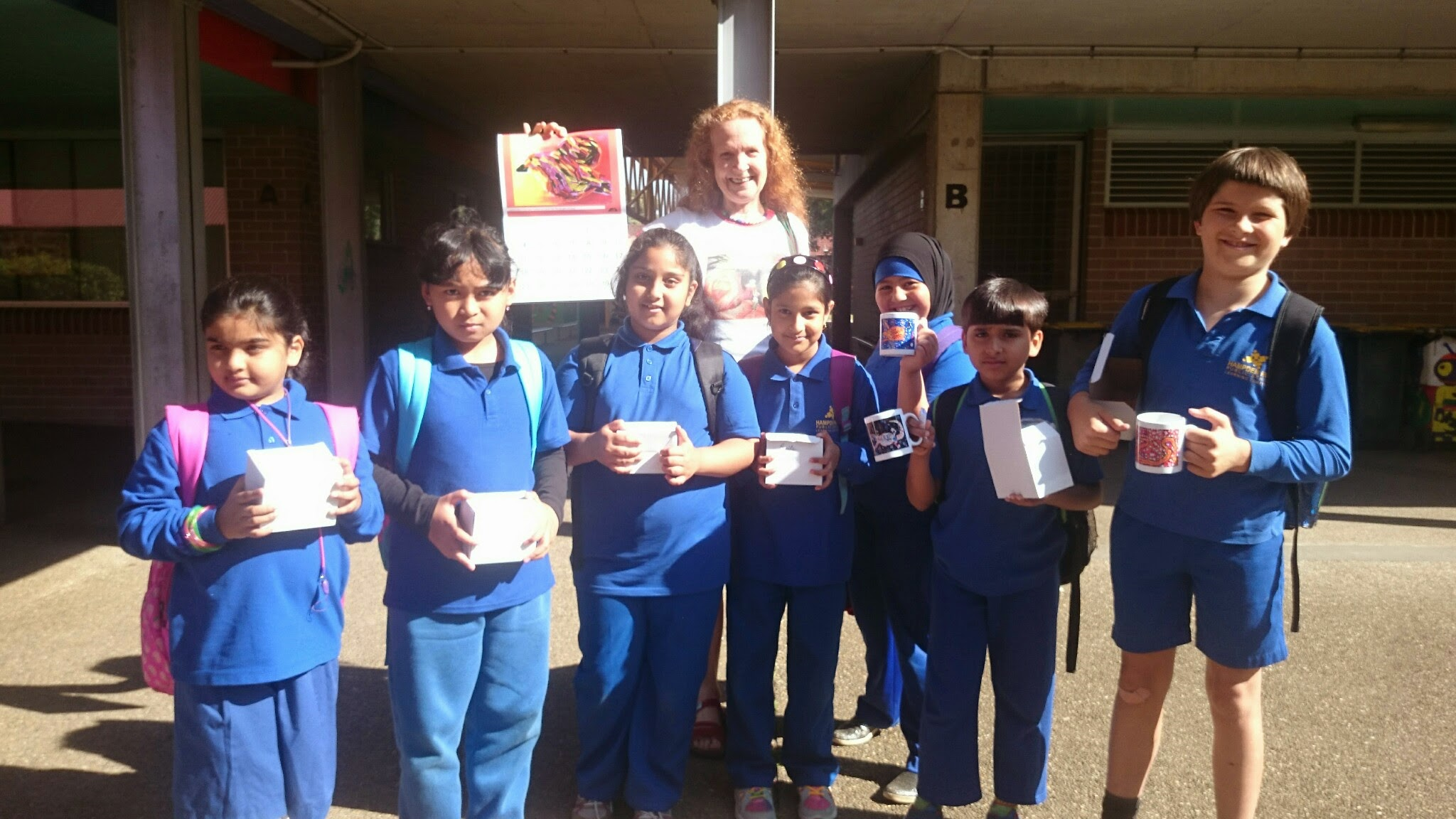 Above is a photo of six of the winners with Elizabeth in the background holding up ‘Lava Bird’ by Meerab Imran (11). Her lead safety message is: “Protect our birds from the dangers of lead.” I would like to congratulate the winners once again and encourage you to submit your entry for next year’s VAP as soon as possible. This event was also part of The LEAD Group’s celebrations for LSW’s one year anniversary. The calendar can now be purchased at our calendar page (with full preview) or at the LSW store.

Want to join the discussion?
Feel free to contribute!